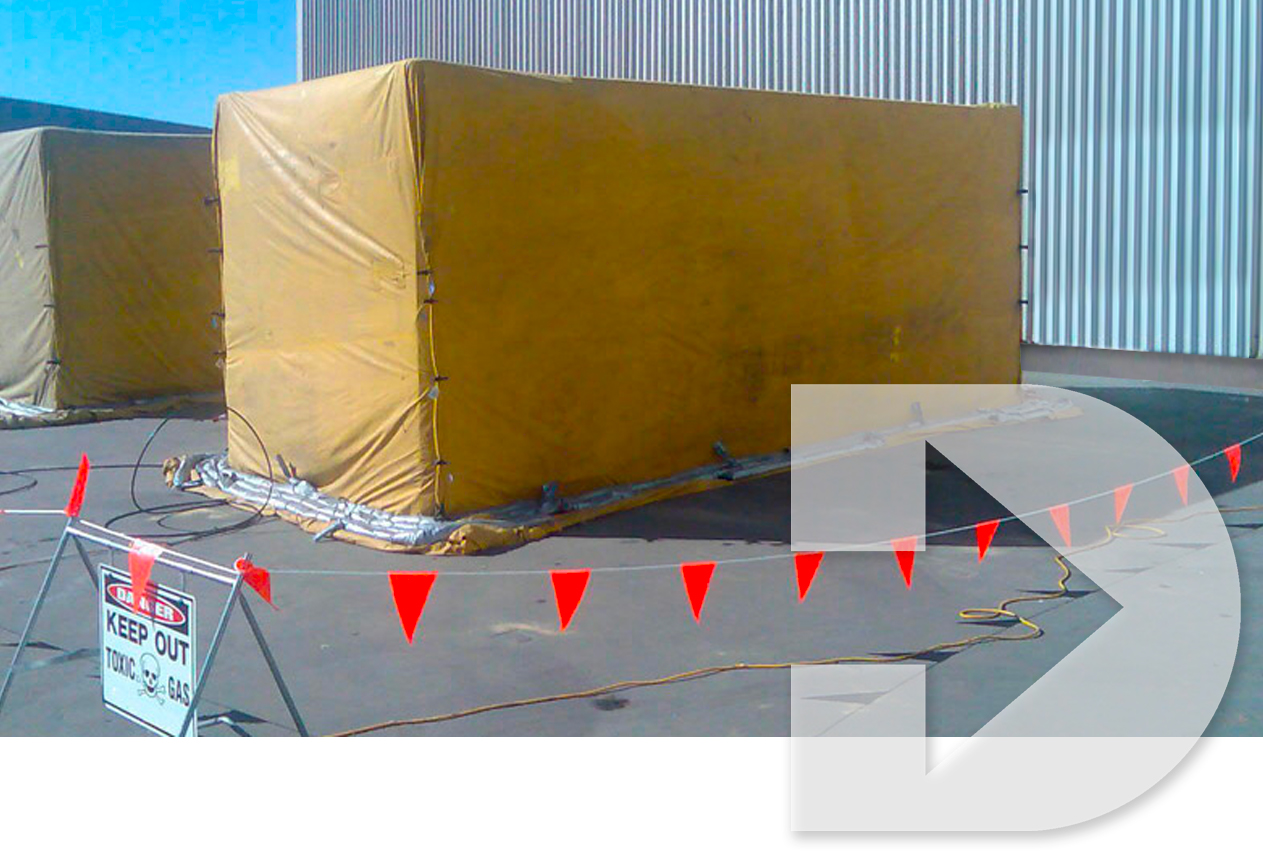 Brown marmorated stink bugs (BMSB) and wood borers pose a risk to your cargo and Australia’s agricultural crops. Dawson’s are BMSB treatment providers. Our experienced operators can skillfully perform BMSB fumigation and a range of specialised fumigation services for your import and export goods, including both loose and containerised goods of all sizes and types, keeping your freight and the Australian agricultural industry free from these pests and others.

We are committed to providing high-quality fumigation services in Melbourne with government-approved fumigants to effectively manage pests and disease. We follow strict biosecurity policies and procedures; all proper treatment processes are adhered to and quality audits conducted. We are also accredited AQIS service providers.

We do it properly.

We can come to you!

We offer a range of fumigation services in Melbourne:

Pressure Decay Fumigation – This involves pressure testing the shipping container to ensure it is ‘Gas Tight’. Once it is determined that it is ‘Gas Tight’, the container is then fumigated without the use of a tarp to seal in the fumigant.

Tarped Fumigation – This method is used when pressure decay cannot be used. The container is covered with a fumigation tarp that is gas-proof. It is weighted down on all edges to achieve a gas seal and then the container is treated.


Dawson’s are available for fumigation in Melbourne 24 hours a day 7 days a week. We’re here to help.

Dawson’s are specialists in the fumigation of import and export goods such as shipping containers, machinery, logs and many other types of freight. We are your one-stop provider – we can pick up from the wharf, treat it, store it and then process the release.

We can provide onsite and off-site log and timber fumigation, enabling customers to benefit from reduced timeframes and costs.

The Australian Quarantine and Inspection Service (AQIS) inspect imported goods upon entry to the country and deem whether they present a quarantine risk. AQIS will determine if the imported goods are a risk and require treatment or fumigation. Dawson’s are able to provide expert advice and assistance with treatment or fumigation in Melbourne to meet AQIS requirements.

When it comes to dealing with the Brown Marmorated Stink Bug (BMSB), the Australian agricultural industry is fully aware of the detrimental impact of this pest on the economy. While this pest is not established in Australia, strict measures have been put in place to ensure this bug doesn’t cross the borders into the country.

Stringent regulations help to minimise the risk with BMSB fumigation being a necessity whenever cargo is freighted into the country. Let’s talk about this pest and why it’s necessary to fumigate imported goods, especially sea cargo.

Why is the BMSB a Biosecurity Risk?

The BMSB is an insect native to East Asia. It was first detected in the United States in 1996 and has since become a prolific invasive species in many other countries including Austria, Belgium, Canada, France, Germany, and many more. Sweden, United Kingdom and Chile have recently been highlighted as potential risk countries.

This stink bug feeds on fruit trees, ornamentals and various vegetable and field crops. It’s also known to be destructive to the natural ecosystem if not kept under control. With this pest becoming a serious concern internationally, countries such as Australia and New Zealand have implemented strict measures to protect their agricultural sector.

Why the BMSB is a Threat to Agriculture

We already know that the BMSB, in large numbers, can destroy food and field crops. They can devour fruit orchards such as apples, apricots, pears, and cherries. Also, they become a major threat to vegetable crops such as tomatoes, soybeans, lima beans, corn and peppers when left to get out of control.

By feeding on fruit, this pest causes damage such as scarring and pitting. This not only changes the texture of the fruit but limits its sellable potential on the fresh produce market. At times, the damage can be severe enough to prevent using the fruit in processed products as well.

Damage to corn crops includes dried out kernels as the stink bug sucks out all the juices. The same damage applies to soybeans. The BMSB also feeds on leaves of various plants, causing damage to the plant and increasing its exposure of disease.

How Does the BMSB Cross Borders?

The Brown Marmorated Stink Bug is a highly mobile hitchhiker! They’ve been found taking up residence in sea cargo as well as vehicles and other forms of transportation in huge numbers. During the colder months in northern hemisphere countries, large numbers of BMSB will find shelter in various places including freighted goods heading for Australia or any other country.

Imported goods from high-risk countries pose a great threat to countries such as Australia. It’s for this reason that the government has implemented strict procedures to deal with this biosecurity risk.

What You Need to Know About BMSB Treatment

In order to protect Australia’s food suppliers, such as farmers as well as other sectors that could be severely impacted by a BMSB invasion, procedures have been put in place. This includes identifying and listing the target risk countries so that importers, port workers, and transporters can be on the lookout for this invasive pest.

Control measures also include targeting any cargo being shipped in from high-risk countries during the BMSB seasonal period. All goods transported in shipping containers into Australia are required to undergo BMSB treatment by an accredited AQIS service provider, Such as Dawson’s Fumigation & Logistics. These operators are fully equipped to handle all BMSB fumigation and treatment requirements according to the government regulations.

In order to comply with the Australian BMSB control procedures, government-approved fumigants must be used which include the required use of Sulfuryl Fluoride. Biosecurity policies, audits and measures must be adhered to by accredited fumigation service providers to keep the BMSB threat under control.

The following responsibilities must be noted:

The Australian government has stipulated what goods need to be treated for the BMSB and it includes a wide range of products. The list is extensive and includes goods such as wood, glass, metals, vehicles and parts, and printed books.

The BMSB threat to agriculture is real and it’s essential to take precautionary measures to prevent an invasion of this pest in Australia. Food security is vital for a healthy economy and managing biosecurity risks is the responsibility of everyone involved in producing, importing and transporting goods from target risk countries.

Give our experienced team of operators at Dawson’s Fumigation & Logistics a call on 03 9314 2222 and we’ll handle all your BMSB treatment requirements, efficiently and professionally.